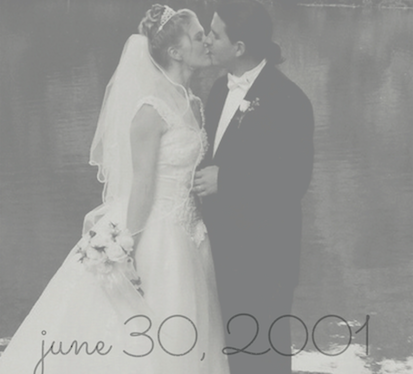 Daniel recently sent me this picture. 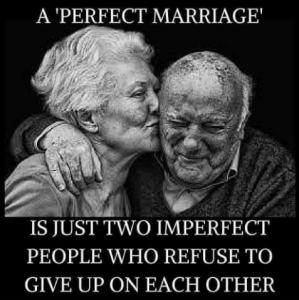 Such truth..  I absolutely loved (love) it.  It sums up our marriage in a beautiful nutshell.

We both wholeheartedly acknowledge that this marriage has been W-O-R-K.  We have both been, well, let’s just say, “imperfect” at times…  And to be quite honest, we have each given the other person some extremely good reason(s) to give up.

Tomorrow, June 30th, is our 17th wedding anniversary, and I am BEYOND proud of us for having pushed through so many of life’s challenges together.

This is especially true when all you read about in mainstream media is the doom and gloom when it comes to US divorce rates; sometimes 50%, 60%, etc. – and that’s if people choose to get married at all.  It’s incredibly disheartening.

For us though, what is even more upsetting is when we read about the God-awful divorce rates of parents of children with special needs, which is usually quoted around 80% (or more).

One quote I found by a doctor further explains this statistic:

“In the work I’ve done with children with Autism, I’ve come across many couples who quote this 80 percent divorce rate to me. They don’t know what the future holds for their child, and feel a sense of hopelessness about the future of their marriage as well – almost like getting a diagnosis of autism and a diagnosis of divorce at the same time.“

I’m happy to say that Daniel & I haven’t let this statistic bother us too much, but it’s been in the backs of our minds ever since we first learned that Gabriel was autistic.  Then, adding another child with special needs, and another, we multiplied the percentages by three and eventually deducted that – statistically speaking – we simply weren’t supposed to be married.

So what do you do when the cards are stacked against you?

What CAN you do?

You can make a choice.  You can choose to look at that cup Half Full.

You find truth like in this quote, internalize it, and use it as a mantra in your lives together. 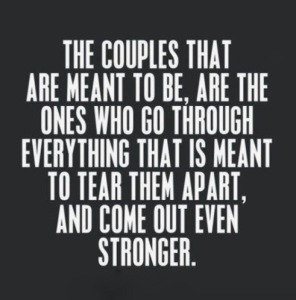 But here’s what’s interesting.  As I was initially writing this post, personally gloating over how Daniel & I have defied these impossible odds, I became curious about from where the 80% statistic actually originated.  (If I’m going to brag about beating a statistic, I better be able to back it up, right? 😉

I figured it must have come from a fairly reputable source (such as the US Department of Health & Human Services) or the equivalent – as this statistic has been quoted numerous times in all sorts of media.

Know what?  To my happy (and shocked) surprise, this is a completely false statistic.

It is a rumor that has been erroneously quoted and spread by associations as supposedly reputable as the National Autism Association.

(If you’re curious for more detailed info, read this):

What I also found was significant research debunking this statistic, from an extremely credible source – Dr. Brian Freedman with the Kennedy Kreiger Institute in Boston.

According to Dr. Freedman,

So according to this, we have as good a chance of remaining married as parents of children withOUT special needs?

Here’s another quote to support this idea:

Now I’m sorry, this one is hard to swallow – I have a v-e-r-y difficult time believing that Autism has had a “positive effect” on our marriage.  Maybe. Maybe it’s made us more resilient.

It’s kept it interesting, to say the least…

But at any rate, I’ll take the new (more accurate) marriage statistic any day.  Not that it changes anything about our marriage, but at the very least, it lends a new, happier, more optimistic perspective to our family’s future together.

Speaking of perspective, Paul, our amazing counselor, gave us a fun perspective to think about recently: he said that anniversaries – while often thought of as more of reflection days – should also (and perhaps more so) be thought of as a celebration of everything that is yet to come (much like New Year’s Day – complete with setting resolutions for the year ahead).

And so we have planned our anniversary to do just this – to celebrate (along with our precious children) our many memories together, and to spend some time designing what we would like our family’s future to look like.

So here’s to you, Daniel, and to our future.

PS – We started the celebration early today.  Anyone that knows Daniel knows how incredibly sarcastic he is (a classic reason why I love him), and one of the cornerstones of our marriage is we are constantly making fun of each other…  (i.e. Ask him to say the word “socks” and try and keep a straight face..  His Wisconsin accent comes SCREAMING through… ;-)  So, we took turns trying to find the most sarcastic message possible to give one another for our anniversary.  I found three that I thought were great and couldn’t decide which one I liked best, so here they all are. (If you feel the need, let me know your opinion!) 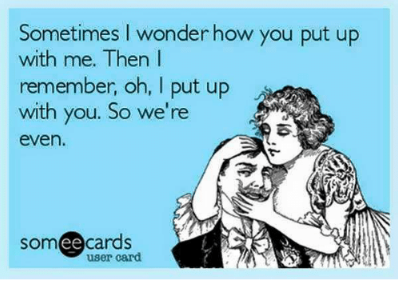 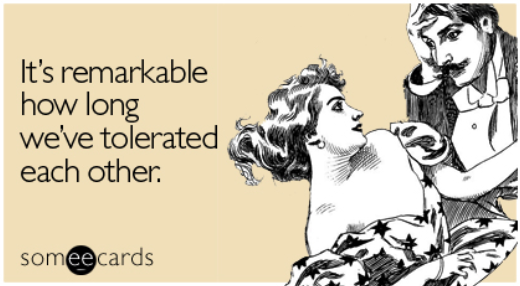 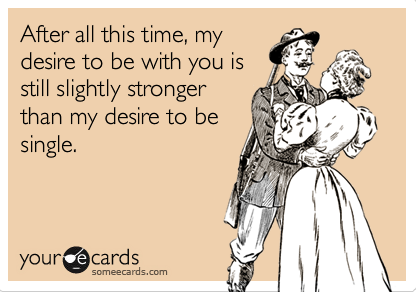 And this was the one he gave to me… 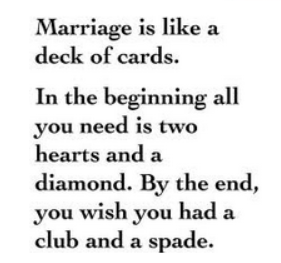 When a couple gives birth to a child with Autism, the presence of Autism is not evident right away.   It is impossible to predict before birth, as at present, there is no test that can be done to detect Autism in utero (as with Down Syndrome).

Of course, individual children vary in when they begin to show signs of Autism, and with our boys (particularly Noah and Samuel), once they reached about a year and a half and weren’t speaking any words, we knew.  We had each of them assessed at two years old – and with Noah, an iron-clad diagnosis was confirmed in his assessment report.

But with Samuel, it wasn’t exactly “confirmed.”

Samuel’s assessment specifically states that Autism is “suspected,” based on our family history and his significant speech delay.  It recommended that he be reassessed in 2-3 years to re-evaluate, and perhaps a diagnosis of Autism would be found at that time.

So, when I said that Samuel didn’t talk at a year and a half, and we “knew” he was Autistic, I should say, we THOUGHT we knew.  In any case, we strongly assumed that he had followed in his brothers’ paths.

But a month or so ago, one of our dear friends – who is an Elementary Learning Support teacher and who has had numerous chances to observe Samuel both in the classroom and at our house – brought something to our attention.

She asked, “Is Samuel really, really Autistic?  I’m not sure I see it.  I don’t see a lot of the signs.”

The possibility of Samuel not being autistic had honestly, never entered our minds since Samuel’s assessment at two years old.

But, we listened and talked about it more.

And that is a long list of characteristics that don’t point to Autism.

To double check myself, I went through the DSM V (Diagnostic and Statistical Manual – 5) which is the “bible,” so to speak, when it comes to listing specific characteristics of Autism, and honestly, most of what was listed didn’t match Samuel.

The overwhelming characteristic that Samuel displays that makes him a candidate for Autism is his severe speech delay – and his difficulty with articulating his sounds/words.

This, in and of itself, contributes to significant delays in his ability to socialize with his peers, communicate his thoughts during class and at home, and is largely the reason he receives such a significant amount of extra support at school.

He also seems to have hyper-sensitive hearing and needs noise-cancelling earphones whenever he is in a loud environment (such as a school assembly) – which is also a common characteristic of Autism. 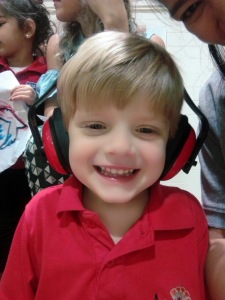 And above, I mentioned that he usually follows verbal directions in class; well, yes and no.

He is MUCH better than he used to be with following directions.  He used to not be able to sit on a carpet and listen to a story, but now he can – and he will ask questions and engage in the story.

So, is he Autistic?  Is he REALLY on the Spectrum?

My guess – probably, but on a mild scale.  OR, he could have a new diagnosis called “Social Communication Disorder” or SCD – which is a form of “Autism Lite,” if you will; people with this disorder display some characteristics of Autism but not enough of them to be diagnosed with full-on Autism.

In fact, when Gabriel and Noah were diagnosed, way back when, both boys were officially diagnosed with Pervasive Developmental Disorder – Not Otherwise Specified (PDD-NOS) – which falls along the same lines as SCD – Autistic traits, but not enough of them to be considered Autism.

However, PDD-NOS and Aspergers Syndrome no longer exist; they are no longer valid diagnoses in the DSM V.  Now, anyone who had those diagnoses come under the large umbrella of Autism Spectrum Disorder, and there are now three levels of severity:

Anyways, we are having Samuel reassessed in the fall and should finally have a definitive answer to this question, but again, my guess is that he will be officially diagnosed with either SCD or Level 1 Autism.

In the meantime, we couldn’t be more pleased with his progress, which we completely attribute to the inquiry-based, hands-on, student-driven instruction he’s received from the amazing Elementary educators at AISJ. 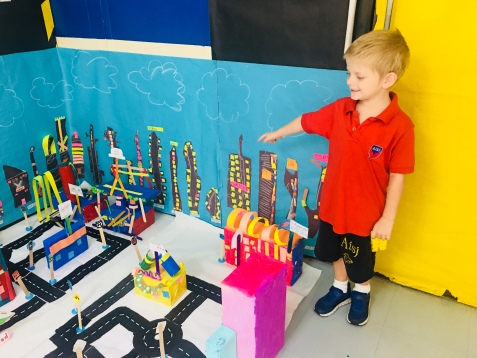 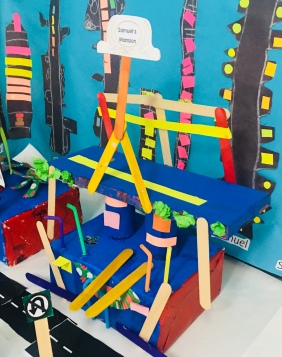 He’s also had several other critical areas work in his favor: because we were on guard for Autism when he was a baby, Samuel received very early intervention, which is deeply important in helping children with ANY disability start off on the right path.  He has had the stability and structure of living in one place his whole life, has grown up with the same peers, and has been blessed to have two big brothers to watch and mimic, and help guide him. 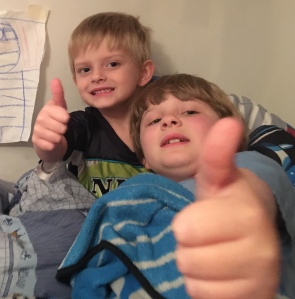 We are praying that his wonderful progress continues. 🙂