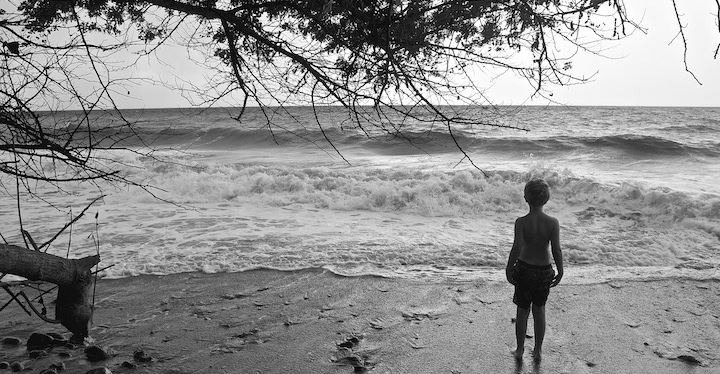 For the record, this is my first blog post, and I’m scared to death.  I grew up being a completely open book (often engaging in embarrassingly TMI conversations & behavior), and then, was burned enough times to turn inward and I became quite introverted with my thoughts – confiding only in Daniel.

And now, for some reason, I feel the time is right to open back up a little and start sharing some thoughts and feelings about being an Autism mom of 3 with others.  Anyways, my wish is for this blog to end up serving a greater purpose than a personal therapeutic outlet.  I hope it helps others gain insight into what it’s like to be a special needs parent, which I hope will encourage empathy (not sympathy, mind you….) and awareness for those with disabilities and for those who love and care for them.

This post is about the day I told Gabriel he had Autism.

Gabriel is 12 now, and has been asking pretty insightful, self-examining questions for awhile (i.e. “Mommy, why do I have a shadow teacher?”).  Daniel and I have tried to be honest without going too deep, and have given him answers such as “You just need a little more help with school, Gabriel.”

However, as a very strong advocate for children being self-aware of their own learning needs so that they can self-advocate, I started feeling like a hypocrite and realized that he’s becoming mature enough to know the truth.  So I needed to tell him he had Autism – I just didn’t know how.  All my mommy training and educational training – every ounce of knowledge I have – would evaporate from my brain when I would try to come up with a plan to tell him.   I became an expert at task avoidance, and just when I’d get up the courage to have “the talk,” I’d find other tasks that were screaming to be done, such as organizing my sock drawer.

I just didn’t want him to feel bad about himself afterwards.  Whenever I talk about really horrible people (i.e. Adolf Hitler) with Gabriel, the metaphor I always use is that his “brain was sick,” and the LAST thing in the world that I wanted was for Gabriel to think was that his own brain was “sick.”

So when I told him, I didn’t have a plan, but the moment felt right.  I’m a teacher, and happened upon a teachable moment.  I’d liked for Daniel to have been there, but for some reason, Gabriel has an easier time opening up to me (and females in general), and again, the moment felt right.  I knew Daniel trusted me with things like this, so this was one of those, “You go on honey, I got this” moments that married couples have with each other.

Gabriel loves to ask me questions over and over again (attention-seeking behavior, of course), and I’ve tried to, repeatedly, politely impress upon him that asking the same question to which he already knows the answer is not necessary.

So as per usual, one day this past August, he came up and asked me a question he’s asked probably 25+ times: “Mommy, what’s your favorite Seven Wonders of the World structure?”   I answered, “The Taj Mahal.”  (And for the record, I don’t really have one favorite structure, but I just chose the Taj Mahal since that’s where Daniel proposed to me. 🙂

But, I used this opportunity to follow up and ask him, “Gabriel, do you know why you sometimes repeat your questions?” He sat there a second, thought about it, shook his head and said, “I don’t know.”

So I said, “Well, some people have something inside their brains that makes them want to repeat things.  It’s not a bad something, but it’s a difference.  A brain difference.   And lots of people have this difference. You know Dan Aykroyd? He has this brain difference too.” (AND, I’m proud to say that THIS part I planned, as Gabriel LOVES this guy – he’s a HUGE 80’s Ghostbusters fan – so I’d hoped to capitalize on his positive feelings for Mr. Aykroyd to soften the information delivery, so to speak.)

“This brain difference is called Autism. Noah and Samuel both have this difference.”

And before I even finished that last sentence, he already had the question out of his mouth: “Do I have Autism too?”

His eye contact with me is often sporadic – but at this moment, his eyes were deadlocked with mine.  I felt like he was looking through my eyes and into my soul.  It was a look I’d never seen before.

I returned the look with all the love I could possibly project through my eyes, and I said, “Yes.”

He didn’t move. He seemed to sit there and study my face. Time felt like it was standing still. So I just kept talking.

“And it’s totally OK, Gabriel.  It’s not a bad thing.  It doesn’t change who you are, but it’s something you need to know so that we can think about it, and talk about it, and we can work on how to help you deal with it when you feel the urge to repeat things.”

He sat there and listened quietly.  Then we both went silent for a second while I held my breath and waited for him to respond.

Then he quietly asked, “So, Dan Aykroyd is autism too?”  I relaxed a bit and said, “Yes, and look at him!  Look at how cool he is!  Look at what he’s done.  He’s a world-famous actor! You can do anything you want to do Gabriel, and so can your little brothers.  You’re not alone.  We’re all going to work together to help you and your brothers learn about Autism. Daddy and I are going to be right here to help you.”

He sat there another second and then, visibly, relaxed a little physically.  He seemed satisfied.  He seemed OK.  He slowly nodded his head and said, “OK,” grabbed his iPad, and started playing a game.

So the conversation ended.  And he DIDN’T ask if his brain was sick.

I got up, walked out of the room, took one of the deepest breaths of relief in my life, and whispered, “Thank you, God.”

9 thoughts on ““Please God, don’t let him think his brain is sick.””